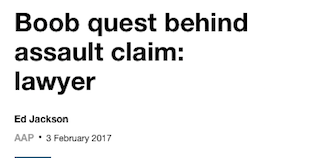 A stripper's quest for enhanced lips and enlarged breasts led her to fabricate a sexual assault claim.

Barrister Peter Davis QC made the claim during closing submissions at the trial of Ces Colagrande for allegedly sexually assaulting the woman during a consultation at his clinic in May 2015. Dr Colagrande has pleaded not guilty to the charge. Mr Davis told the court the woman was dissatisfied about the outcome of a breast implant surgery Dr Colagrande performed on her in October 2014. 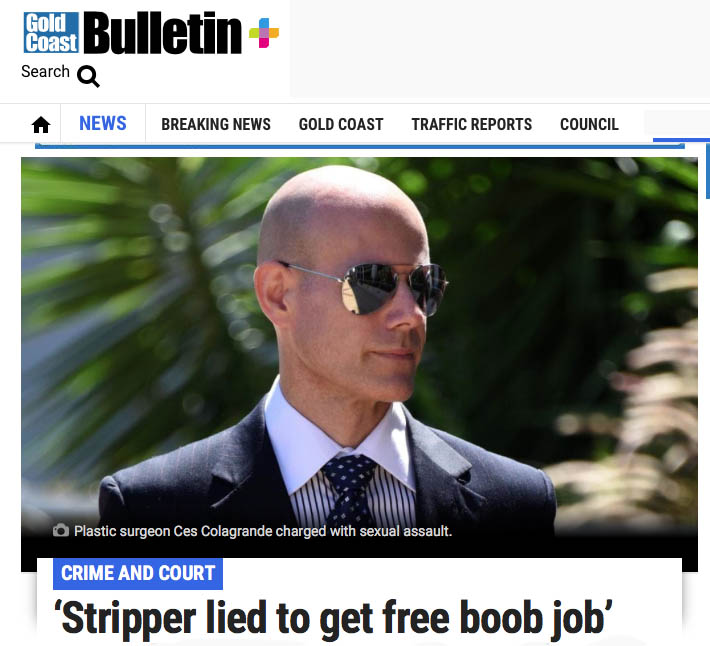 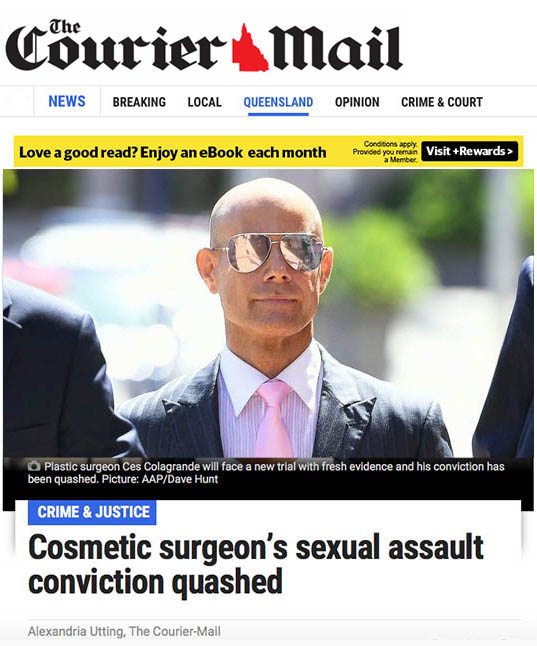 A GOLD Coast plastic surgeon accused of sexually assaulting a 24-year-old adult entertainer during a follow-up consultation has had the charges dropped.  It comes two days after Dr Ces Colagrande had his conviction for sexual assault quashed after the Court of Appeal determined there had been a miscarriage of justice in favour of Dr Colagrande.

The Department of Public Prosecution said they would no longer be going ahead with the charges. Defense lawyer Darren Mahony, of Jacob and Mahony Lawyers, said Dr Colagrande had always maintained his innocence. "Understandably, he was pleased to be discharged by the court today, after the Department of Public Prosecutions decided not to proceed,  he said. 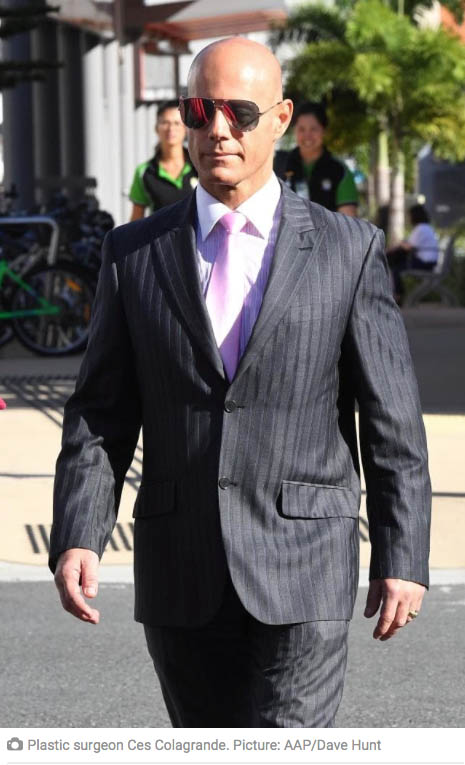 The Queensland Court of Appeal today found there had been a miscarriage of justice against the well-known, high profile cosmetic surgeon.

Colagrande's lawyer, Darren Mahony from Jacobson Mahony Lawyers, argued a statement the woman had given to police about 18 months after the alleged incident, where she said she wished to withdraw the complaint.

The Health Ombudsman has been ordered to pay all of Dr Ces Colagrande’s costs of the proceedings within 28 days.

Deputy president Suzanne Sheridan gave the Ombudsman a spray in her judgment.  The office of the Queensland Health Ombudsman told the Bulletin it was unhappy but accepted the decision.

JUDGE ORDERS ALL CHARGES DROPPED AND NO RETRIAL. 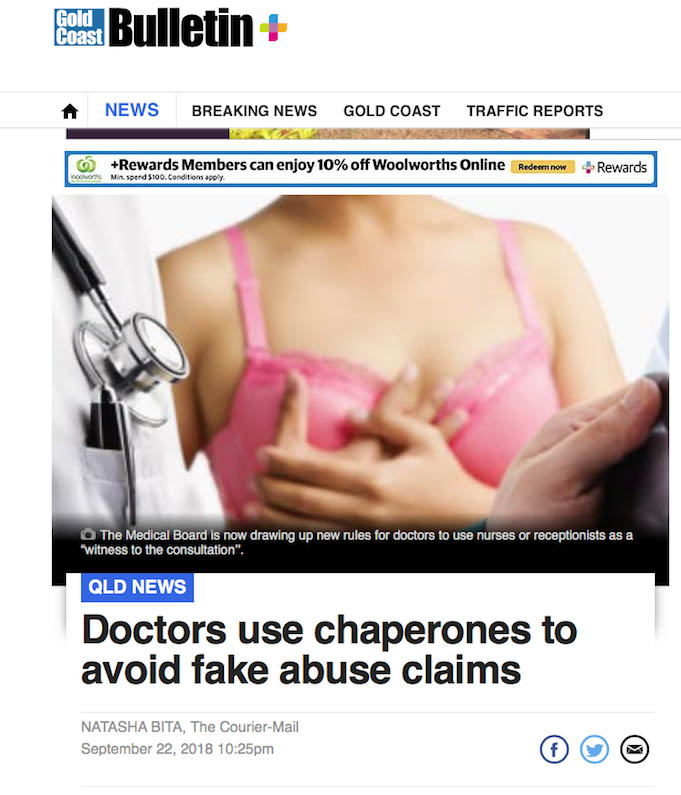 MALE doctors fearing false accusations of abuse are refusing to examine female patients without a chaperone.

The Medical Board of Australia has warned doctors that complimenting patients on their body or clothing - or even shaking hands - could "breach sexual boundaries".

The Sunday Mail is aware of several Brisbane specialists who will only take appointments for female patients when a receptionist is available to chaperone, due to the risk of extortion by patients making fake claims of abuse.

"There've been a couple of times when I've felt unsafe with a woman patient," one specialist said on condition of anonymity.  "It's tragic but it's just a fact of life."

The Medical Board is drawing up new rules for doctors to use nurses or receptionists as a "witness to the consultation".

PATIENTS COME OUT IN FORCE TO DEFEND 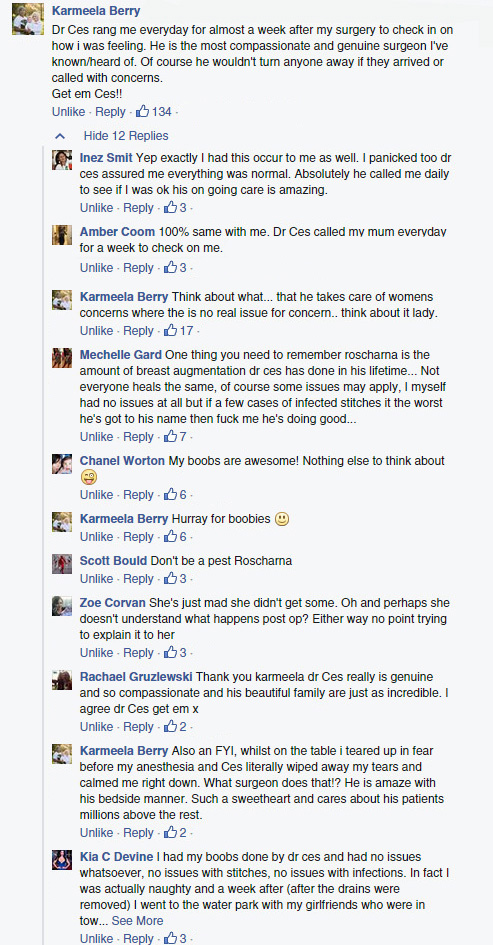 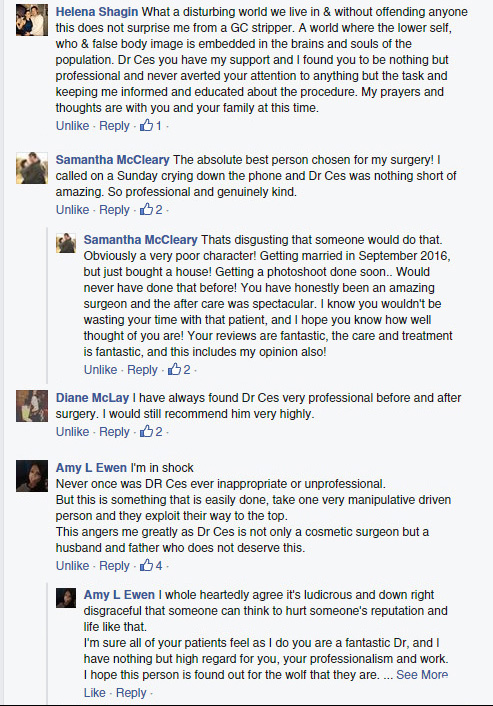